A Question of Rules

This Section of the website has been designed to answer some of the questions raised by Members with regard to the Rules of Golf.

You can also view the Rules of Golf on the R&A site by clicking the link below. 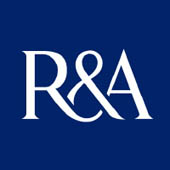 In a handicap match play competition, the conditions provide that, where handicaps were different, the full difference would be used.  In one match, however, the players, unaware of this condition, used ¾ of the difference, and the lower handicapped player won.  How should the Committee rule?

The Committee should rule that the match stands as played.  The players failed to take note of the conditions of the competition (Rule 6-1) and have only themselves to blame.

The match stands as played. No claim by B could be considered unless A had known he was giving wrong information about his handicap – see Rules 2-5, 6-2a and 34-1a.